I’m the son of a residential realtor.  The whole time I was growing up, I swore I would have nothing to do with that challenging, low-paying and seemingly unethical occupation.  Without going into detail (have the applicable Statues of Limitations all run, since the 1970s?), considerable effort sometimes was undertaken in cosmetically masking major defects associated with homes offered for sale.  The most common type of defect, and sometimes the one easiest to mask, was the wet basement. 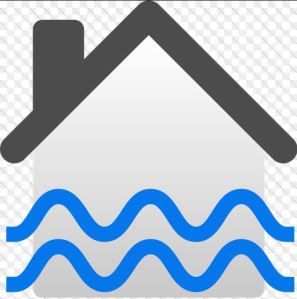 When in years later my wife and I were shopping for our first home, I was apprehensive and wary about the possibility of inheriting a prior owner’s latent problem of wet basement nature or otherwise.  It is in seller’s self-interest to conceal latent defects and it is in the realtor’s self-interests to say (and not say) whatever was necessary to close the deal.  We came to purchase a raised rancher with an unfinished basement, set into a hill that descends to the rear.  I very carefully inspected the basement wall and floor, particularly on the upgrade side, reasoning that that was the point of its maximum burial and closest proximity to the water table. If there was wet basement, it would be along this wall or floor.

I saw none and the home has been ours since 1992.  More aptly stated, it is the bank’s and they allow us to live here.  Details.

For years and through all manner of storms large and small, the basement remained bone dry and we gradually came to perceive that we had ducked the bullet on this common homeowner malady.  Kids came and we finished the basement (carpeting, padding, drywall, etc.), doubling our living space.  The basement stayed dry but for the occasional laundry room mishap attributable to the stupidity of man (me).  Routing of water conditioner discharge line, dry rot of the washing machine supply lines, etc.  Nuisance-level problems that were annoying and frustrating, but nothing that we (now equipped with a big wet-dry vac, fan and room dehumidifier) could not handle if they happened occasionally.

The “Storm of the Century” left us dry, as did the twice-a-decade blizzard and Hurricane Isabel. Later that year, however, we were mystified and frustrated to see that a rain of average intensity had put 5-to-10 gallons of water onto our basement floor.  We learned that carpet padding is the perfectly transmissive aquifer and cannot be safely dried, and that the basement floor of our home is not level but is slightly tipped to the northeast.  The cost of this education was an insurance claim and the perspective that perhaps we had been wrong about the water-tightness of our home all along.

The hydrogeologist in me wrapped his head around this puzzle. The well-known principle of uniformitarianism teaches that the Present is the Key to the Past, and our past had no wet basement challenges of natural origin. Something had changed, but what?  All of a sudden, we were all kinds of rainwater susceptible in the basement.  The area of the basement wall/floor where it seemed to be coming in (remember we have drywall up and no longer can observe the walls directly short of a major demolition project) seemed directly beneath the front door area.  Standing outside the front door during a deluge revealed that rainwater was not staying in the rooftop guttering in that area but was over-topping the guttering the splashing directly onto the ground right past our threshold. 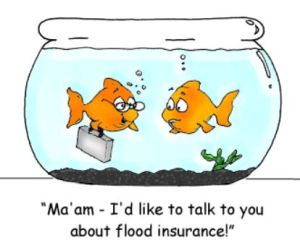 So up on a stepladder I went in the next rainstorm,  to carefully inspect our roof-edge rain guttering near the front door.  Sure enough, I saw that the gutter was clogged with the debris from the large holly tree right nearby.  The gutter itself was full of water that was not draining through the clogged downspout. Water was over-topping this guttering, and cascading down the front of the house and saturating the ground immediately outside the foundation, in the exact area where inside we have the water susceptibility.  By hand I scooped out many dead leaves, all with razor-sharp edges and prickers.  Once I had enough of them out, a giant whoosh of water occurred and the guttering dutifully emptied into the downspout.

In the weeks that followed, we undertook a downspout outfall rerouting project courtesy of some corrugated piping bought from Home Depot.   We gradually gained the upper hand on this latent susceptibility, except that the holly tree was doing what hollies do – it was growing.  It towered ever-taller over the roof-line and seasonally and otherwise, generously shed leaves and other debris into the guttering.  Gutter clean-out projects became a regular part of home ownership and when we forgot or became distracted, we remained susceptible to wet basement issues, both small and not so small. 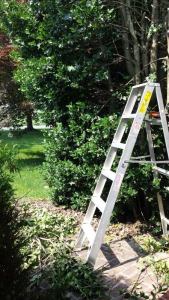 Something more drastic and permanent needed to be done.  So recently, armed with a handsaw, lopping shears and other gardening equipment, I undertook to give the holly a military haircut.  It is possessed of three parallel trunks, each at least 8 inches in diameter.  The one closest to the house now terminates 5 feet about the ground rather than fifteen. Time will tell if my immense sense of sweaty satisfaction is deserved or premature, but I’m cautiously optimistic.